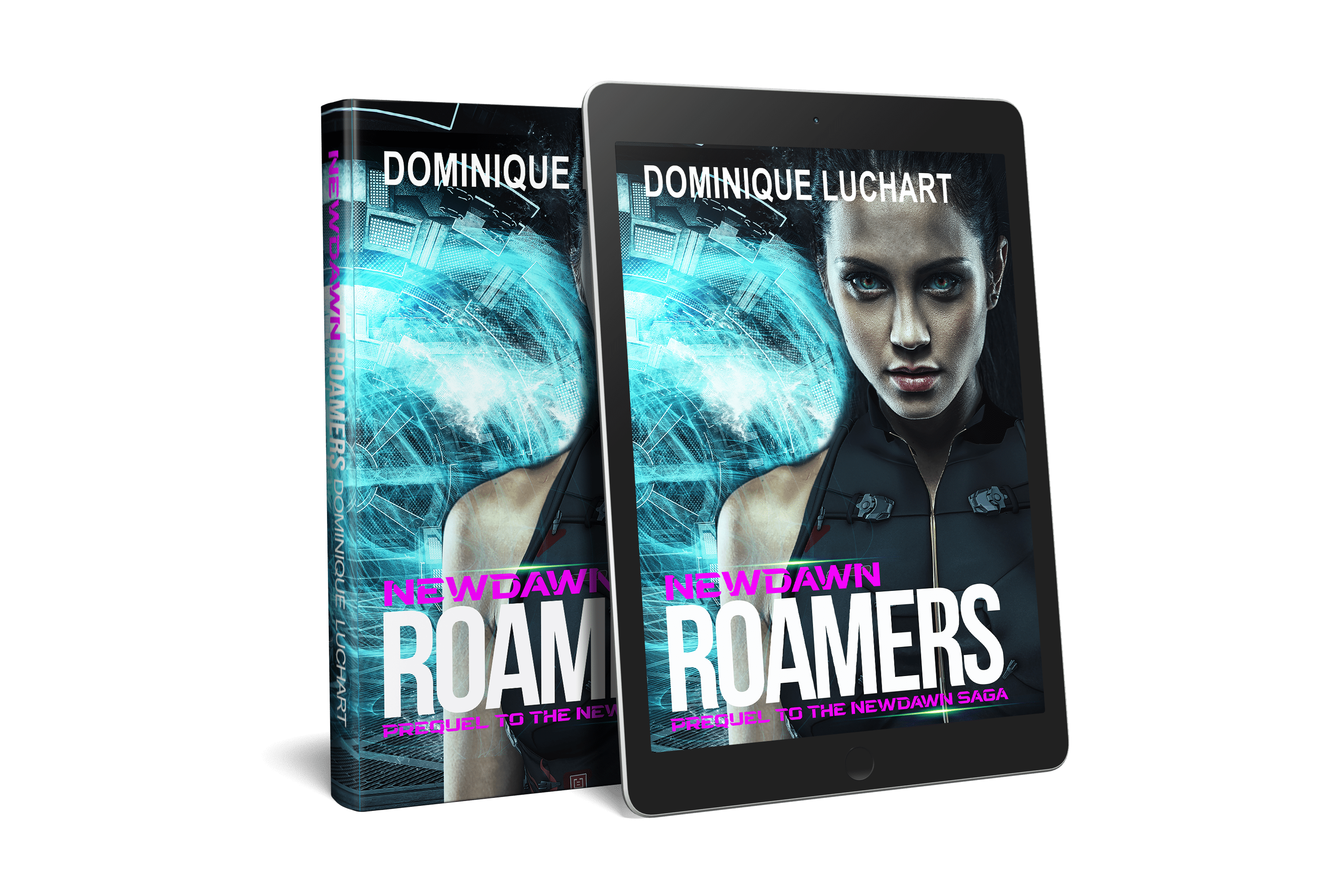 Origin. One Action. One Life. A future. An unusual set of powers. A trip to a bygone era. If she can’t alter people’s minds, tomorrow will never dawn. Ang City, 2093. Tesh is half-numb with grief. Leaning on the Earth’s guardian AI for comfort after her parents’ brutal murder, the powerful orphan bides her time while she lays a vengeful trap. And though the sought-after prodigy hates using her mind-bending skills, she accepts her despised new master’s high-risk mission to time-travel into the past to prevent an apocalypse. But she refuses the verdict of the Counsel to condemn her dog to death when the Anomaly wrecks havoc on the planet. She will trick the System and get Mage in her pod no matter what even to the risk of her life...

Cut off from everything she’s ever known, Tesh awakens deep underground and uncertain of her task’s viability. And once she discovers someone has tampered with her memories, her churning emotions point to a frightening conclusion: Her only escape may lie in the very gifts she reviles…

Can she sort the lies from the truth before the planet’s last hope goes up in flames? 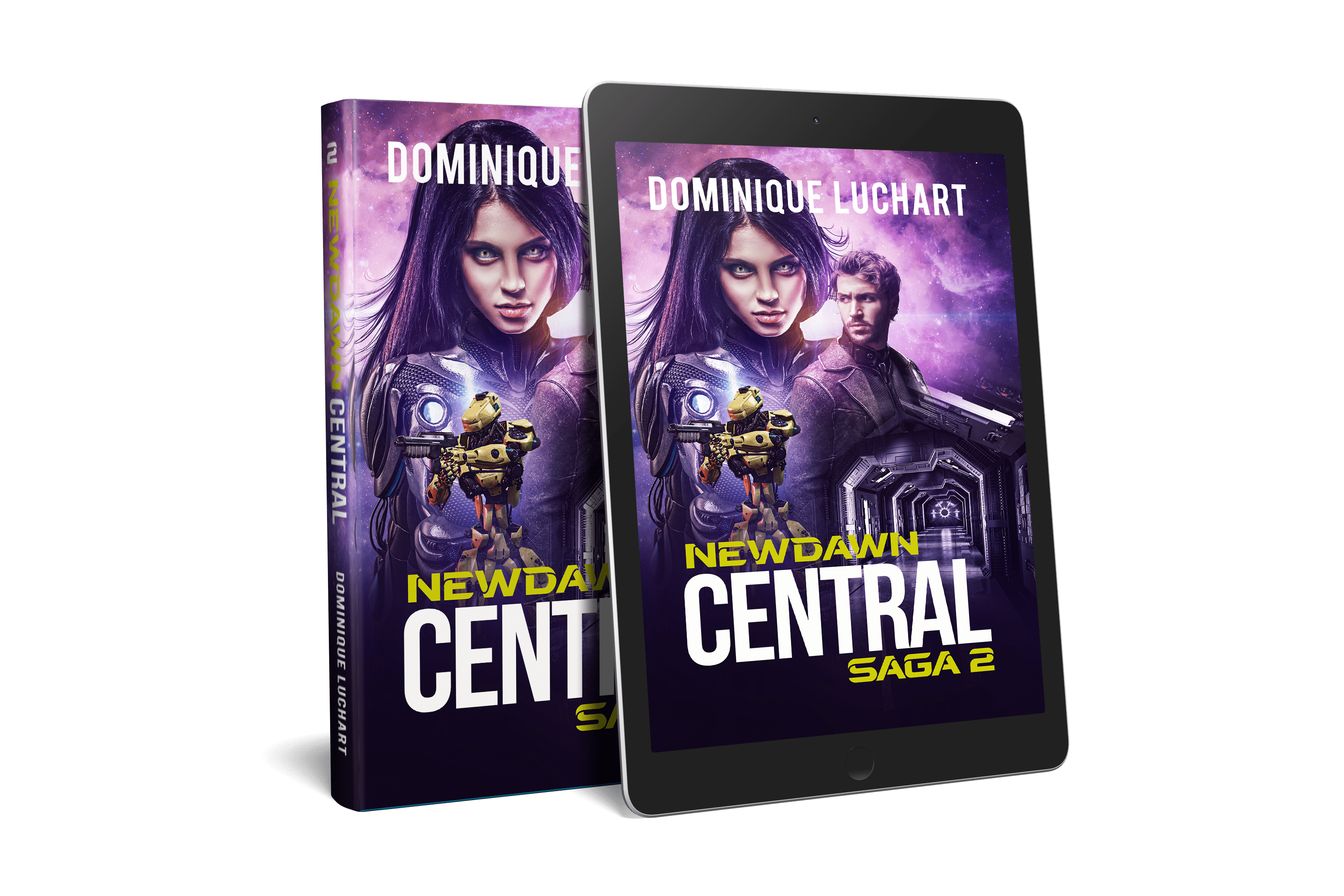 Origin. An unwavering pledge… Unearths a buried truth… And alter the path to our future. If she can’t rescue her team, her mission is doomed, and a new future will never dawn.

Mountain range 2022. Ultimately powerless against a foe she cannot fight, Tesh attempts a last-ditch rescue of the other Conclaves buried deep in the mountain before the Entity’s countdown blows everything to a smattering. But caught by the Universal Pledge and a stealth mission going astray, her choices unravel the very future she must pave to prevent the end of her civilization.

Stranded underground since they emerged from their chamber, Tesh’s actions are her very own, without the echo of DAINN’s powerful insights. And for once, the powers of her mind do not plow a path to answers as her last rescue brings her to a discovery about their very existence, one which will ultimately define our future.

Can she get the answers while preserving the very future she fights to pave?

The second volume of the NEWDAWN Saga YA dystopian science fiction fantasy series is a page-turner. If you like an epic story with powerful heroines, unique relationships forged across time, and riveting themes, then you’ll cherish Dominique Luchart’s exhilarating adventure. 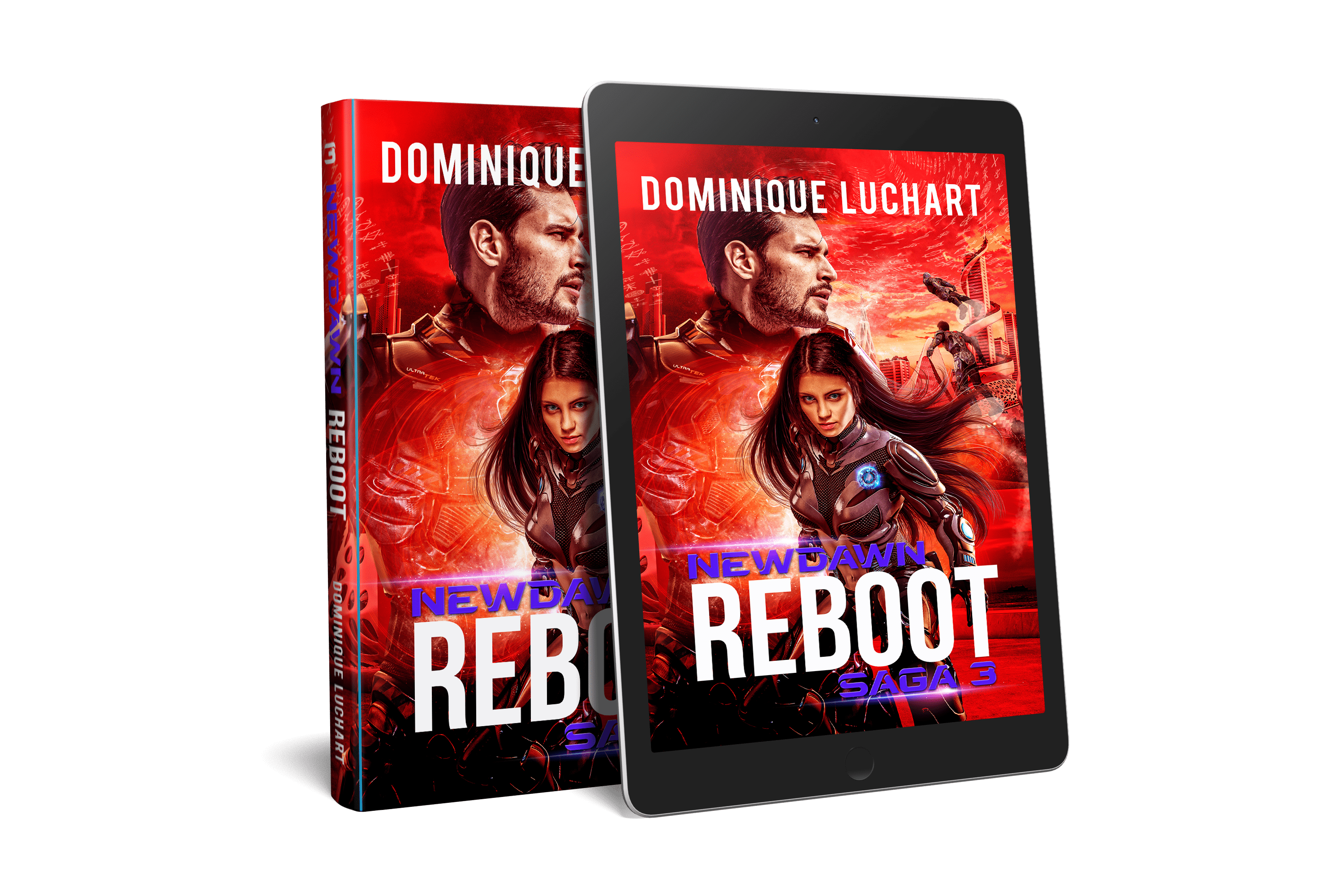 A Signal Across The Universe
An Anomaly Deep In Space
A Countdown Way Too Short...

The safe world of Ang City, under the DAINN planetary network, is in chaos. The anomaly looms above shrouded in a red sea of clouds, running havoc on the System. If Dainn doesn’t get control over its defenses, the entire planet is doomed.

Dainn, struggles against the unforeseen attack to protect its charges. Fighting against an enemy it cannot defeat, the Dainn System attempts to erect walls and safeguard its core while giving its people time to implement Origin, Alpha, Provenance, and Aurora. But time is running out for the Perfect Humans fighting for survival as they hold off the invasion while the population evacuates the surface of the planet. When Dainn's last defenses fall and the System falls into slumber, their world will be gone.

Four programs forever split the technologically advanced society of genetically enhanced humans in an effort to salvage an entire civilization. Will their plan succeed? As people collapse dead or disappear, a way of life becomes extinct.

Will the survivors be able to reverse the effects on their fragile planet, or will they be relinquished to wander into the cold and vast deep space without respite?

Newdawn Reboot is an exhilarating action-packed page-turner and the fourth volume of the Newdawn Saga dystopian science fiction adventure. If you like unpredictable outcomes, conflict ridden stories, fascinating characters, you will love Dominique Luchart odyssey transcending time and space over many lifetimes. A beginning journey with no end in sight. 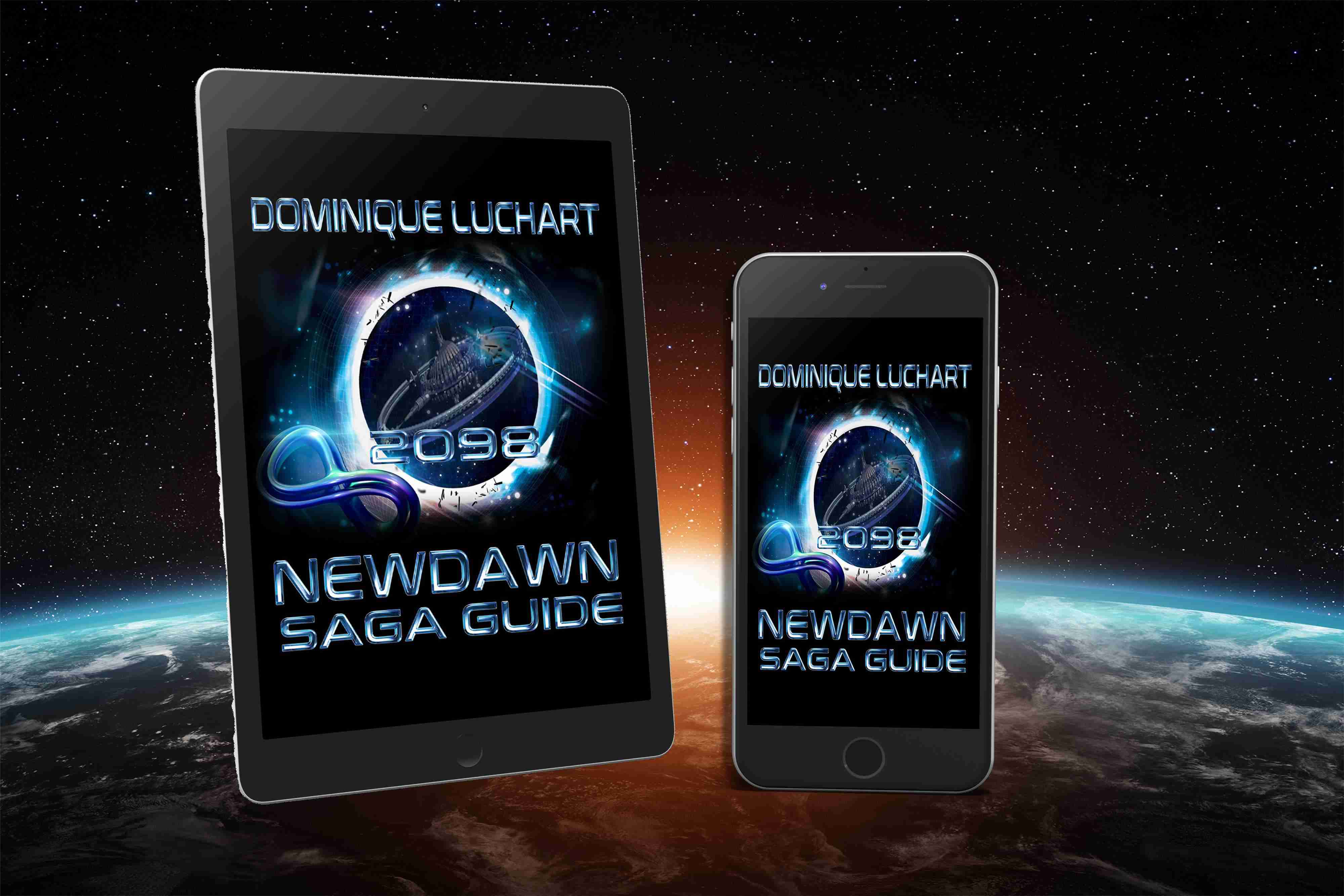 Get An Inside LOOK!

Do you want to see more?

Check the link below. 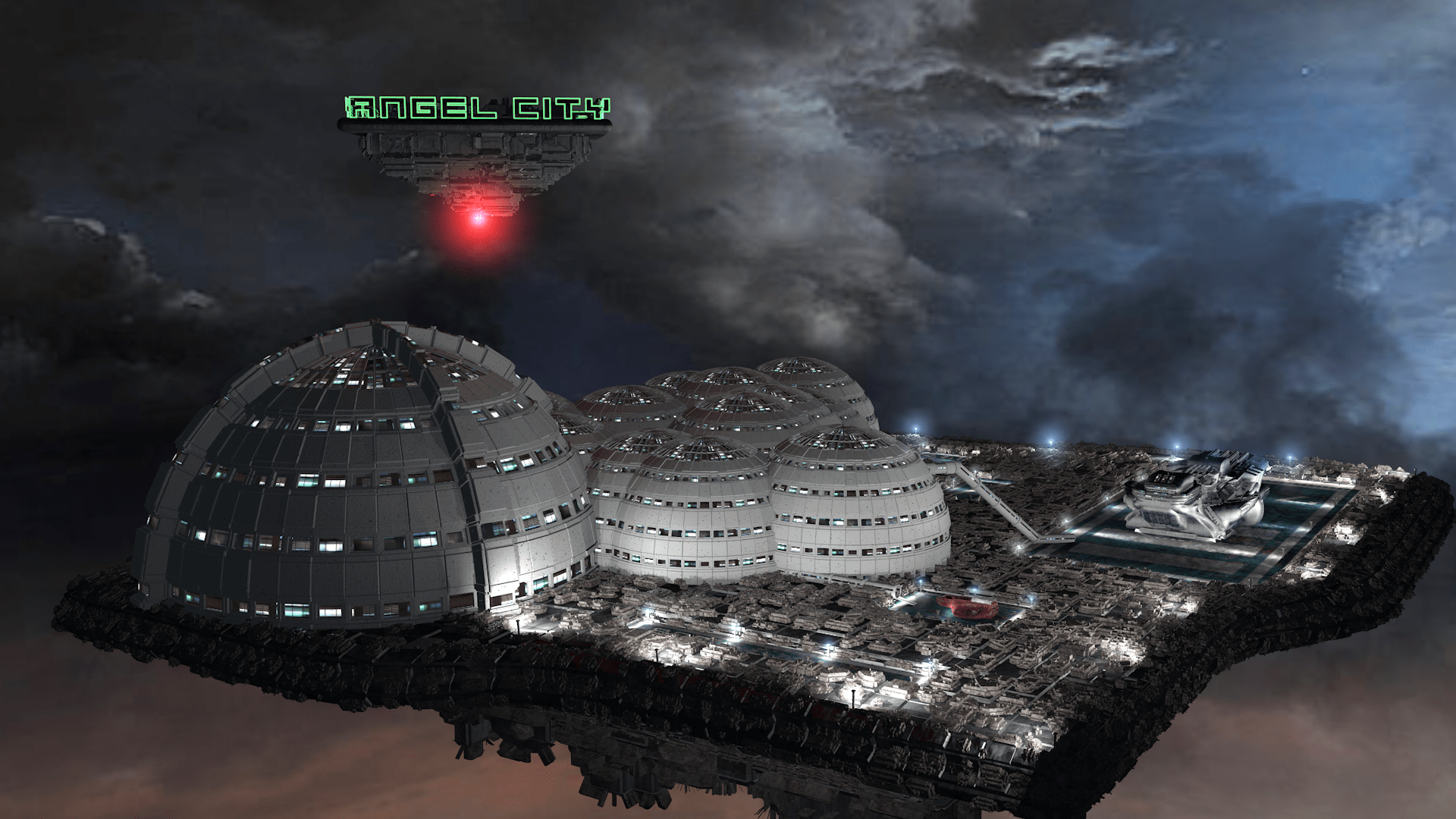 Get An Inside Look!

A comprehensive compendium for fans new and old, this is a must-have…

Be part of the Newdawn world, subscribe to our Newsletter and Alerts, stay up-to-date with new collections, the latest podcasts, videos, and webinars, get your VIP invite to Conversations and the Author’s Table, and receive exclusive offers. 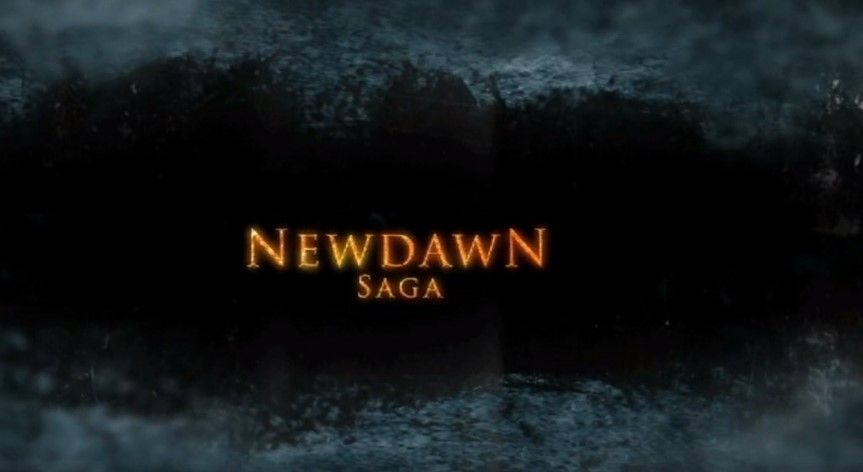 The near future holds many unknowns, hidden secrets, different challenges to navigate, and personalities and environments one must decode to survive. The NEWDAWN Saga Guide is the ultimate guide to the world of NEWDAWN and its universe on the fiction side.

But there is also the reality... The Newdawn Blog delivers both!

In Newdawn, life moves quickly. Due to Covid 10, a lot of my personal appearances have been cancelled, but like with most of us, we are scheduling online events that will be just as much fun and provide an opportunity to meet and chat. For those of you who would like an opportunity to do that, meet me in Conversations or the Author’s Table. is the place where you will gain insights into the world of Newdawn and stand the chance to win bonuses and prizes.

We are fortunate to be connected to a lot of creative types who wish to contribute to a better future. They come in all shapes and field, from other writers to futurists, scientists, techno guru and innovators, not to forget actors who want to share their experience and form a community of NEWDAWNERS. So watch for our upcoming Dominique Factor Podcasts – Entertaining, Insightful, Provocative!

Learn More About Me

What our readers say:

Newdawn – The sun rising over the horizon. A new day. A new beginning. A new way of life. A flourishing planet. A robust tomorrow. A better future. A place for authentic originals where absolute individuals can thrive on a flourishing planet. Together we shape Tomorrow Today. More than a book, a whole new universe!